DeRozan Bids farewell to Spurs for Bulls, switches to No. 11 jersey

DeRozan Bids farewell to Spurs for Bulls, switches to…

As previously reported, DeRozan’s new deal with the Bulls is a three-year, $85 million deal, fully guaranteed. The first-round pick, which the Spurs received from the Bulls, faces three consecutive years of roster protection, with the first year, 2025, being a top-10 pick, and the second year, 2026, and the third year, 2027, both being top-eight picks.

In the summer of 2018, DeRozan was sent to the Spurs in the Leonard trade. In the 3 seasons he played for the Spurs, DeRozan had a very high attendance rate and efficiency. However, due to the overall strength of the team, DeRozan was unable to lead the team further. After missing the playoffs again this season, the two sides sought to part ways.

Previously, DeRozan once wanted to play for his hometown team, the Lakers, but because the Lakers took the lead in trading for Willow, it was impossible to meet DeRozan’s demands. Then DeRozan had negotiations with the Clippers, but finally chose to join the Bulls. In addition, DeRozan in the Bulls will switch to wear No. 11 NBA jersey.

On why he joined the Bulls, DeRozan said, “It’s a very talented team, and Chicago is a great city with a very strong history. Now the Bulls have players like LaVine, who I’ve always really liked. They also have Vucevic now, who was my teammate in college, so it’s great to be on them!”

Why didn’t Michael Jordan go to the Bulls’ home court once after he left the Bulls?
Who is the owner of Bulls No. 10 jersey?

The Lakers are still selling… 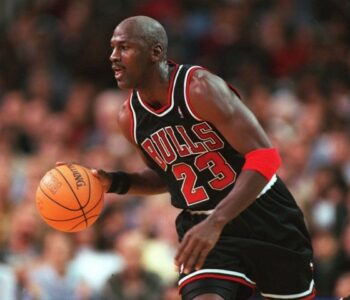 whose Basketball jersey is No.…