NBA teams tend to do a lot of innovation to improve their uniforms and some logos, with bright colors and personality full of patterns to attract the audience is also among a way, just like the Los Angeles Lakers purple and gold jerseys and the Boston Celtics classic green to become a unique landscape on their own field. In recent seasons, the league’s jerseys on a retro wind, a dazzling variety of retro jerseys, some of which can be said to be fancy full. The author took stock of the top ten NBA fancy jerseys in his mind for the benefit of readers.

Let’s continue to talk about these fancy NBA jerseys.

6. A touch of blue for the Cleveland Cavaliers 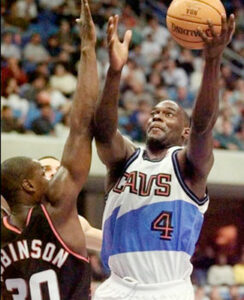 Knight’s set of jerseys can not say fancy, but it is also a unique flavor, simple style, seemingly unpretentious, but people have a sense of refreshment. 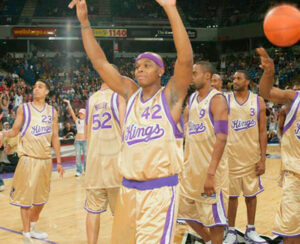 In order to match the name of their team, the Kings launched an all-gold home uniform, but even at the peak of the King’s era where Webber and Peja were, they didn’t really dominate the league, being called the Queens by a group of people led by Shark O’Neal, and they’ve seen even less of when they had the King’s style since they left. This golden robe on them does have some ironic taste. 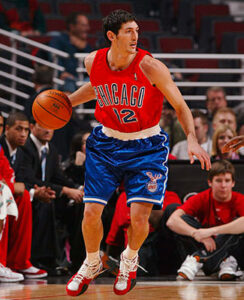 The red and blue color scheme, the three-dimensional Chicago logo, and the white belt at the seams of the jerseys make the Bulls’ uniforms look more like Taekwondo apparel, but they don’t show that tenacity on the court, and today’s Bulls are far from meeting people’s expectations.

9. Jurassic Park for the Toronto Raptors 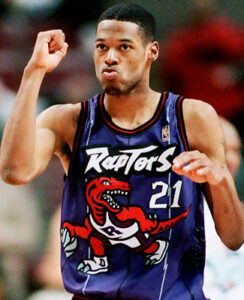 The Raptors have not been in the league for too long, and have been using their Jurassic Park dinosaurs as their team logo painted on the uniforms, blue with the ground plus the fierce Raptors logo, so people can’t help but feel awe, but the real fight is not such a thing, they are just a “soft bug”. 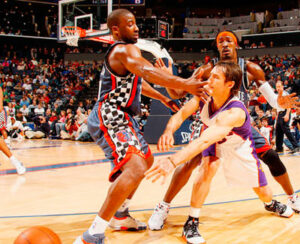 As a new army in the NBA, the Charlotte Bobcats have only a short history of five years, and are still working on their first playoff game under Brown. Although the arena facilities are perfect, their jersey design is not at the forefront of the league. The gray tone with yellow matching edges and the various spots on the left and right sides that make people dizzy, no wonder even Nash couldn’t find the direction of the assist.