The number 3 is a sacred symbol for devout Christians because they believe in the meaning of the “Trinity of the Father, the Son and the Holy Spirit”. Similarly, the Rockets’ No. 3 jersey also has an endless story to tell.

Bob Sura should be remembered for more than just his triple-doubles, but also for his performance with the Rockets.

In the 04-05 season when Francis left, the Rockets’ No. 3 jersey was worn by a white point guard, and he was Sura. As early as the 1997 NBA All-Star Dunk Contest, he was on the same court with Kobe, and his physical quality was comparable to that of black athletes. Although Sura did not play at the beginning of the season due to injury, he started 59 times in the remaining 61 games, averaging 10.3 points and 5.5 rebounds, bringing toughness and passion to the Rockets’ weak backcourt and being an important player in the team’s rocket into the playoffs. Sura also became one of the seven people who averaged 10 points, 5 rebounds and 5 assists or more that season.

On February 24, 2011, the Rockets sent Brooks to the Suns for Dragic and a first round draft pick. Since then, the Rockets have a good point guard, and Dragic, known as “Little Nash”, did not disappoint.

Although only in Houston for one year, but Dragic still with their own performance, step by step to impress the fans and coaches’ hearts. Technically, the Slovenian is an aggressive, scoring-first left-handed point guard with excellent finishing ability and good athleticism. He looks low-key and introverted, but once he steps on the court, he is not afraid to confront anyone, and seems to have a fighting spirit in his eyes, injecting the label of toughness and bloodiness to the No. 3 jersey.

After Dragic’s departure, the Rockets’ No. 3 jersey continued to be draped on a European, Asik from Turkey. Touted at the time as the future cornerstone of the interior, Asik’s first performance with the Rockets was truly satisfying thanks to his strong performance on the defensive end, averaging 10.1 points, 11.7 rebounds and 1.1 caps per game. Despite his limited ability to attack on his own, though, Asik was the first orthodox center the Rockets had since Yao Ming who could have a huge impact on the defensive end. However, with the addition of Howard before the 13-14 season and the failure of the twin tower tactic, Asik’s career with the Rockets came to an end.

Halfway through the 09-10 season, Maddie, who was still recovering from an injury, submitted a request to the league to change his number. According to Maddie himself, he was suffering from injuries at the time and wanted to change his number for some good luck. At the same time, he wanted to leave his No. 1 jersey to the potential Ariza, and No. 3 is also the number that McDee has been wearing in high school.

Ryan Anderson entered the NBA through the draft in 2008 and has played for the Nets, Magic, Hornets/Pelicans, Rockets, Suns and Heat, and was voted Most Improved Player in 2011-12.

After joining the Rockets in ’16, his consistent three-point shooting was instrumental in the team’s excellent record. However, in the summer of ’17, he switched to the No. 33 jersey, and his weak defensive ability in the playoffs caused him to lose his starting position and eventually leave the Rockets.

Lawson’s performance with the Rockets was disappointing. He was still averaging 15.2 points, 9.6 assists and 1.2 steals in the Nuggets the season before, but slipped to 5.8 points, 3.4 assists and 0.8 steals in Houston and was traded away by the Rockets mid-season.

He entered the NBA in the same year as Harden and has long since left the NBA scene and has been permanently banned from the CBA. 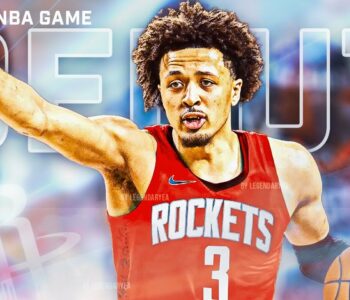 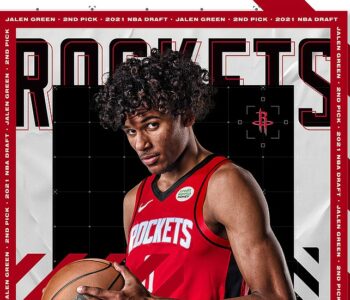