The top 10 representative players in the history of…

Mitch Richmond is a very special figure in the history of the Kings, and can be said to have played a role in carrying on the past and the future. After moving to Sacramento, the Kings initially had few splashes until 1991 when they traded for Mitch Richmond, one of the Big Three [RUN TMC] from the Warriors, and the team made a return to the playoffs.

In his seven years with the Kings, Mitch Richmond has consistently turned in star point guard level performances. In fact, he was the first King’s All-Star in the Sacramento era. Unfortunately, because of the lack of help, Richmond was unable to lead the team any further than just a ticket to the playoffs.

In 1998, the Kings drafted Jason “White Chocolate” Williams in the draft and hired Adelman as coach. That same year, Richmond was traded to the Washington Wizards for Chris Webber, kicking off a new era in the Kings’ history.

As the heart of the Royals and a star in the NBA’s grassroots era, Bob Davis led the team to the only championship in team history in 1951, with championship content described separately. Bob Davis was the earliest representative of the Kings in the distant NBA’s founding years.

Despite not being a great shooter and having average numbers, Bob Davis ranks high in the team’s history as the oldest of the old and with a championship under his belt, so to speak. If there is any pity, it is that this player contact basketball time is very late, when the first time on the NBA stage he was almost 30 years old man, in the tail end of youth to catch up with the newborn sport and the league, is also a fortunate life.

As a white power forward, Jerry Lucas, 203CM tall, was mainly active from the early 1960s to the early 1970s, and dedicated the best years of his playing career to the Cincinnati Royals, being the best player in the team at that time except for Oscar Robertson. However, during the years of working with Robertson, there have been rumors that the two actually confronted each other, the relationship is not amicable, the Royals so is not too far in the playoffs.

Because of the memory that can remember the shooting habits of most of the players in the league and used to grab rebounds, Jerry Lucas, who averaged 19 rebounds per game in his career, won the name of “memory master” and was a pretty impressive rebounding beast in the early days of the league. Incidentally, with his brilliant mind, Lucas mastered three foreign languages – Japanese, Russian and Italian – in addition to a master’s degree in economics.

Back in 1970, Lucas was traded to the Warriors and later to the Knicks. In the penultimate season of his career, Jerry Lucas took the Knicks to the championship as the centerpiece. The Royals duo could not win a championship, but each won a title after being separated, which seems to be destiny to say the least.

Back frame, face frame, jump shooting skills are all available, but also has a large forward position in the extremely rare exaggerated passing imagination and concealment techniques, without Chris Webber, an epoch-making power forward to do the team’s main axis, there may not be a new century before and after the exciting, offensive magnificent Kings. Unfortunately, with less luck and bad timing, Chris Webber did not get a championship in his career, and the Hall of Fame was a long way from being recognized after he retired.

In terms of combat power, who is the best the Kings have ever had? The first generation super triple-double maker [Big O] Oscar Robertson, who can compete with him?

Back in 1960, when the Cincinnati Royals were still the Kings, they chose to use the era-specific [geographical designation] clause (giving up first-round draft picks and directly locking up local college star players) to grab Oscar Robertson, who had won three All-American college players in his college days.

After entering the league, Oscar Robertson then put up a phenomenal rookie season and even more dramatically refreshed the fan definition of a guard, becoming an early all-around warrior at guard in NBA history. In his second season, Oscar Robertson recorded a single-season stat line of 30.8 points + 12.5 rebounds + 11.4 assists. Incidentally, the all-time achievement of averaging a triple-double in a season, after holding it for 55 years, was achieved again by Westbrook in the Thunder era.

In 1964, as a superstar of the Cincinnati Royals, Oscar Robertson got the MVP award. The unfortunate thing was that the Royals led by Robertson never got a taste of the championship due to the overall lack of strength. In 1970, Oscar Robertson was traded to the Bucks, and then together with the then-young “Sky Hook” Jabbar won a championship. Looking back on Oscar Robertson, he left his peak years to the Kings history. 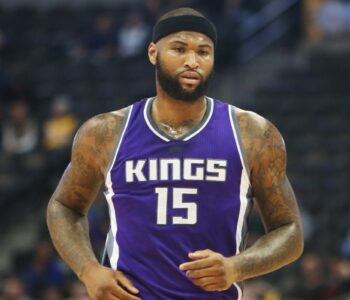 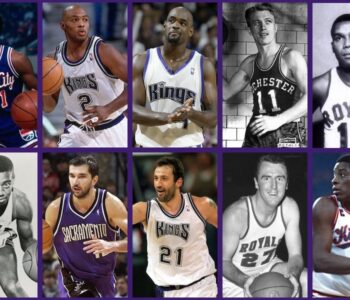 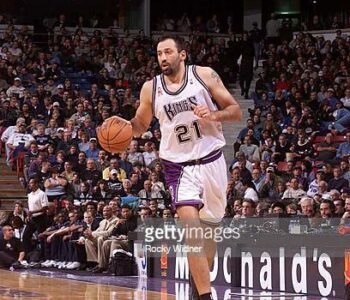